To share your memory on the wall of Waymon Johnson, sign in using one of the following options:

Provide comfort for the family of Waymon Johnson with a meaningful gesture of sympathy.

Waymon attended Wade Hampton High School and though he didn’t graduate because he needed to work to provide for his family, it didn’t stop him from becoming a successful business owner of Johnson Paint and Body. He was a man of strength, character and sincerity and he loved his family. As a teenager, he worked at the Long Shoreman Waterfront Car Carrier in Wilmington, Delaware. This was only for a short time as he loved his mother and was ready to come back to Greenville, South Carolina, to be with her. Upon his return he became employed at Chevrolet, where his skill, love and passion for body work began. He was also employed with Snyder, Fairway Ford and Dodd’s Pontiac, where he continued to perfect his skill. His passion for body work and attention to detail led him to further his knowledge and he became ASE certified, traveling all over to become the best at what he did. Greenville was introduced to candy paint, flip flop paint and bowling ball paint by Waymon aka “Pig”. His craftsmanship could be spotted a mile away.

Waymon, a citizen of the kingdom of God, was a member of Mountain View Baptist Church. He was a member of the Hospitality Ministry and a very proud, diligent member of the Usher Ministry. He was concerned about the salvation of others as he would call his prayer partner, Elder Mattie Lowden to say, “Go with me to pray for somebody”.

Waymon was known to some as “The Candy Man.” He would hand out peppermint on Sunday morning with a smile, a joke followed by his infectious laugh.

He was preceded in his homegoing by two brothers, Derrick “Big Rick” Johnson and James “Bud” Wesley Johnson, Jr.

He leaves to cherish loving memories, his good thing that he found of 35 years, Wanda Gail Johnson; and the female version of himself, who if you listen closely, you can hear his laugh, his only child, Katori Alecia (Anthony) Miller; his one and only sister, Sybil D. Johnson of Greenville, SC; eldest surviving brother, Arthur Lee Johnson of Fayettevile, NC, and the brother who asked their mother for him, Frederick L. (Christy) Johnson of Greenville, SC; five aunts, Lela Bell Brewster of Laurens, SC, Pauline (Curtis) Aikens of Jacksonville, FL, and Shirley Mitchell, Maude Dendy (James) Matthews and Pamela (Johnny) Sullivan ,all of Wilmington, DE; two uncles, Jessie (Rose) Dendy and Richard Dendy, both of Wilmington, DE; and a host of nieces and nephews ,in whom he takes great pride in their accomplishments and friends from all walks of life.
Read Less

Receive notifications about information and event scheduling for Waymon

We encourage you to share your most beloved memories of Waymon here, so that the family and other loved ones can always see it. You can upload cherished photographs, or share your favorite stories, and can even comment on those shared by others.

Guaranteed hand delivery by a local florist
I

Posted Aug 28, 2019 at 08:25pm
I used to see Waymon all the time at Pulmonary Rehab at the life center. We talked all the time. I just started pulmonary rehab again and I was looking for Waymon. He will truly be missed.
Comment Share
Share via:
GZ

Posted Aug 16, 2019 at 01:12pm
To Dearest Wanda and Family, with love from your Planning and Zoning Family. 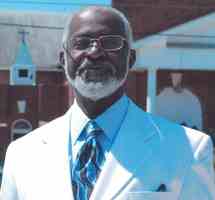