To share your memory on the wall of Silas Gray, sign in using one of the following options:

After attending Sterling High School... Read More
Born May 5, 1940, in Greenville, South Carolina,SILAS ‘JUNE DOT’ GRAY, JR., was the son the late Silas and Jerdi B. Hamlin Gray Sr. He departed this life on Monday, November 25, 2019, at his home

He was preceded in death by one grandson, Jeremi Silas; seven brothers, James, Luke, Lewis, Will, Robert, Lee and George; and one sister, Louise Shaw.

Receive notifications about information and event scheduling for Silas

We encourage you to share your most beloved memories of Silas here, so that the family and other loved ones can always see it. You can upload cherished photographs, or share your favorite stories, and can even comment on those shared by others.

Posted Dec 02, 2019 at 08:55am
For my aunt, cousins and family.. I send my love and condolences to you all! I’ve known my uncle all my life with not 1 bad memory, always caring and concerned. You’re a praying family and I join you in prayer at this time. Love/ Renee
Comment Share
Share via:

Posted Nov 26, 2019 at 05:57pm
Uncle June you will truly be missed! You were there when I graduated from Clemson and when I got married! Love you! Your niece Nitka Gray-Evans
Comment Share
Share via: 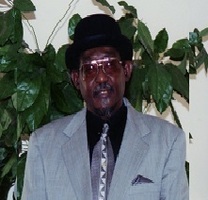