To share your memory on the wall of Shelby Jean Wright Saxon Evans, sign in using one of the following options:

Print
Mrs. Shelby Jean “Shebby” Wright Saxon Evans, 75, of Greenville, South Carolina, departed this life on Sunday, March 8, 2020, at her home. She was a daughter of the late Mitchell Saxon and Lydia Wright Hill.

She was a 1963 graduate o... Read More
Mrs. Shelby Jean “Shebby” Wright Saxon Evans, 75, of Greenville, South Carolina, departed this life on Sunday, March 8, 2020, at her home. She was a daughter of the late Mitchell Saxon and Lydia Wright Hill.

She was a 1963 graduate of Bryson High School and was formerly employed at Union Carbide and later as a caregiver. She attended Golden View Baptist Church, she served as a Sunday School teacher, a Missionary, and a member of the choir.

She was preceded in death by a great-granddaughter, Trinity Denise Sullivan; a sister, Mary Hill Williams; and a brother, Robert Mitchell Saxon.

Shelby was a lover of God and His word, she enjoyed people and never met a stranger.
She would strike up a conversation with anyone, anywhere.
Read Less

We encourage you to share your most beloved memories of Shelby Jean Wright Saxon here, so that the family and other loved ones can always see it. You can upload cherished photographs, or share your favorite stories, and can even comment on those shared by others. 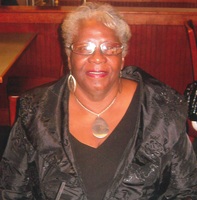