To share your memory on the wall of Sarah Farley, sign in using one of the following options:

Provide comfort for the family of Sarah Farley with a meaningful gesture of sympathy.

Mrs. Sarah Pressley Farley was born to the late Frank and Bessie Coleman Pressley on November 18, 1929, in McCormick, South Carolina. She went home to be with the Lord on May 9, 2020.

Mrs. Sarah Pressley Farley was born to the late Frank and Bessie Coleman Pressley on November 18, 1929, in McCormick, South Carolina. She went home to be with the Lord on May 9, 2020.

She was preceded in death by her husband, Freeman Farley; her sons, Rufus Farley, Sr., and Ronnie Farley; and an aunt, Seppie Bell Murray. (Although they were ten years apart in age, Seppie became a surrogate mother to Sarah).

Receive notifications about information and event scheduling for Sarah

We encourage you to share your most beloved memories of Sarah here, so that the family and other loved ones can always see it. You can upload cherished photographs, or share your favorite stories, and can even comment on those shared by others.

Flowers were purchased for the family of Sarah Farley. Send Flowers 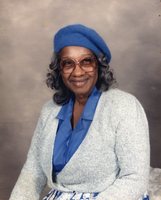