To share your memory on the wall of Sandra Davis, sign in using one of the following options:

Provide comfort for the family of Sandra Davis with a meaningful gesture of sympathy.

Print
Ms. Sandra Elaine “Red” Davis, 63, of Greenville, South Carolina, passed on Thursday, December 5, 2019, at her home. She was a daughter of the late Willie and Catherine Neely Davis.

Sandra worked as a former Data Entry Associate and... Read More
Ms. Sandra Elaine “Red” Davis, 63, of Greenville, South Carolina, passed on Thursday, December 5, 2019, at her home. She was a daughter of the late Willie and Catherine Neely Davis.

Sandra worked as a former Data Entry Associate and Security Guard before her health began to decline.

She was preceded in death by her stepmother, Freddie Lee Davis; one sister, Catherine B. Williams; and three brothers, George H. Pressley, Jr., Harold Eugene Pressley and Curtis Wayne Davis.

We encourage you to share your most beloved memories of Sandra here, so that the family and other loved ones can always see it. You can upload cherished photographs, or share your favorite stories, and can even comment on those shared by others.

Guaranteed hand delivery by a local florist
BC

Posted Dec 14, 2019 at 03:09pm
To Kenyetta, Frances, Barbara, Marilyn and extended family. Your family are in my thoughts and prayers. Prayers are sent for strength, peace, joy and love. Sendind my deepest condolence. Sandra was always a friendly and outgoing person.. love you all
Comment Share
Share via:
VS

Posted Dec 11, 2019 at 10:00am
We were honored and blessed to have known your mother. She was truly a blessing in our lives. We will miss her. Your family has our most heartfelt condolences. May she Rest In Peace

Posted Dec 06, 2019 at 09:57am
To the Davis Family,
Sometimes the pain of separation from those we care about can be difficult. I'm reminded of the words written in 1 Thessalonians 4:13-14 NIV 13 Brothers and sisters, we do not want you to be uninformed about those who sleep in death, so that you do not grieve like the rest of mankind, who have no hope. 14 For we believe that Jesus died and rose again, and so we believe that God will bring with Jesus those who have fallen asleep in him.

Sandra will be missed greatly, but just remember At death, God's people don't say "goodbye," but "we'll see you later." 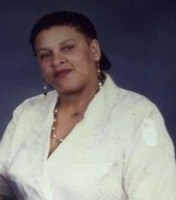