To share your memory on the wall of Robert Jones, sign in using one of the following options:

His legacy of life, love and compassion did not end at the time of his death but will live on with his family and his lifetime of accomplishments. Mr. Jones was a strong- willed person who believed that “the children are our future” and we should do everything in our power to work with and prepare them for what lies ahead. He demonstrated his belief in his early life by becoming a Cub Scout/Boy Scout leader and becoming an educator with Greenville County School District for 38-plus years serving as Teacher, Counselor and Principal. He also started the first debate team at Bryson High School. He simultaneously served with the Greenville County Sheriff’s Department, and was Commissioner of Parker Fire District. He was a board member of the Salvation Army and Claflin University. In 1981, he became a State Constable and remained for 38 years until his demise. He was an avid supporter and member of the PSLEOA (Palmetto State Law Enforcement Officers Association) and was a loyal member of the Masonic Order. Mr. Jones was a graduate of Claflin University and went on to receive his masters degree. Education was at the forefront of his mind and he used his knowledge to educate our young men and women, and encourage them to be the best they could be.

Receive notifications about information and event scheduling for Robert

We encourage you to share your most beloved memories of Robert here, so that the family and other loved ones can always see it. You can upload cherished photographs, or share your favorite stories, and can even comment on those shared by others.

Parker Sewer & Fire Subdistrict and Principal Campbell and the Alexander Staff/Student sent flowers to the family of Robert T Jones.
Show you care by sending flowers

Posted Jun 05, 2020 at 10:56pm
Jones Family: Sorry to hear about the passing of Mr. Jones. He was an excellent Art teacher at Bryson High School. May the love of God give you peace, may the caring of friends give you comfort.
Comment Share
Share via:
AS

Posted Aug 22, 2019 at 09:03am
Mr. Jones gave me the opportunity to teach at Alexander back in 1991. He took a chance with me when he saw a young, inexperienced substitute teacher, and I ended up working for him for 5 years. He was more like a father-figure to me than a boss! He was so gentle yet had a commanding presence. I respected him so much. I think of him often and finally looked him up. So sorry to hear of his passing but know that he is healed and happy where he is. May God bless his family.
Comment Share
Share via:
PS

Posted May 17, 2019 at 07:23am
Our deepest condolences go out to Principal Jones' family. You are in our thoughts & prayers. Thank you Mr. Principal Jones' for your years of dedication to the students of Alexander Elementary from 1988 - 1999. Thank you for paving the way and building on the foundation. From the Alexander Staff and Students. Thank
Comment Share
Share via:
PS

Principal Campbell and the Alexander Staff/Student

Principal Campbell and the Alexander Staff/Student purchased flowers for the family of Robert Jones. Send Flowers 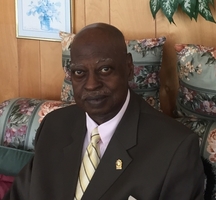 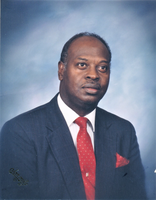