To share your memory on the wall of Richard Neely, sign in using one of the following options:

Provide comfort for the family of Richard Neely with a meaningful gesture of sympathy.

Print
Mr. Richard Walter “Dickie” Neely, 71, of Greenville, South Carolina, departed this life on Sunday, October 20, 2019, at his home. He was a son of the late Richard Berry Neely and Suzie Anna Shamlee Neely.

He was educated in the Gre... Read More
Mr. Richard Walter “Dickie” Neely, 71, of Greenville, South Carolina, departed this life on Sunday, October 20, 2019, at his home. He was a son of the late Richard Berry Neely and Suzie Anna Shamlee Neely.

He was educated in the Greenville County School System and worked in the truck driving and landscaping professions.

He was a member of the Sweet Canaan and St. Matthew Baptist Churches.

“Dickie” was preceded in death by his parents and a brother, Odell Neely.

Receive notifications about information and event scheduling for Richard

We encourage you to share your most beloved memories of Richard here, so that the family and other loved ones can always see it. You can upload cherished photographs, or share your favorite stories, and can even comment on those shared by others.

TricorBraun and FoamPartner Americas, Inc. have sent flowers to the family of Richard Walter "Dickie" Neely.
Show you care by sending flowers

Posted Oct 24, 2019 at 01:36pm
Marchelle,
I am so sorry for your loss. I know your heart is heavy. I am praying for your and your family.
Love Vinita
Comment Share
Share via:
RW

Posted Oct 24, 2019 at 12:37pm
Marchelle,
I am sorry for your lost ... Heaven's gain. To be absence from the body is to be one with the Lord. God the Great Paraclete which is the Holy Ghost our Helper, Comforter, Advocate our strength yesterday, today, tomorrow and forever more. Steadfast love. My condolences to you and your family. Praying for you and your family at this time. Great Comforter will up hold you.
Rosalind Wiser
Comment Share
Share via:
BJ 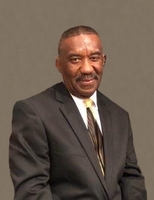