To share your memory on the wall of Rev. MC Winston, sign in using one of the following options:

Provide comfort for the family by sending flowers or planting a tree in memory of Rev. MC Winston

Provide comfort for the family of Rev. MC Winston with a meaningful gesture of sympathy.

Educated in the Cleveland Public School System, he attended Max S. Hayes Vocational High School, where he learned to repair and paint automobiles. His athletic career began with him winning many basketball championships. He graduated from Rutledge College in 1979. In 2006, he graduated from N.J. Brockman School of Religion. He passionately served in the United States Air Force, stationed in Sumter, South Carolina, for four years.

He was a devoted Christian man, a loving husband, father and friend - always smiling and willing to help others, and on a mission to teach and uplift God’s kingdom.

He was preceded in death by a brother, Willie Winston, Sr.

Receive notifications about information and event scheduling for Rev. MC

We encourage you to share your most beloved memories of Rev. MC here, so that the family and other loved ones can always see it. You can upload cherished photographs, or share your favorite stories, and can even comment on those shared by others.

Posted Aug 03, 2019 at 03:03pm
Mc remembering us on 63rd street and the times we shared growing up always in my heart will miss you dearly love you Phyllis Winston
Comment Share
Share via:
TT

Posted Aug 02, 2019 at 02:31pm
We miss Rev. Winston but we will always love and remember him . Mary , Chiniqua, Dwayne,,Denise Johnson Wheeler and the entire Johnson family .

Posted Aug 01, 2019 at 05:29pm
There is so much that I, Timothy R. Greer, can share with you all about my (our) Uncle. Some of My Heartfelt Memories of UNCLE WINSTON, is that he always showed his strengths, he spoke “prolifically” when we talked, pushed for me to be better & do better and to have more....
I recall just WATCHING Uncle Winston have a HUGE love FOR working on that green mustang he had, in their back yard. I admired how UNCLE WINSTON phrased ALL his words....when we engaged in conversations. BOY, CAN HE PUT SOME WORDS TOGETHER...AFTER FIXING his mustang, Uncle Winston jumped in it and flew ✈️ down the road😂❤️. Uncle Winston was there for me, when I needed him, with no questions asked...just helpful advice given ❤️!

We love you, Uncle Winston and will hold you in our hearts always, Lois and I send our love and gratitude, to “Our Creator” just for gracing our paths with your many conversations-unconditional love-many laughs-energetic company and just your warming presence you ALWAYS SHARED WITH US of YOU JUST BEING YOU....
❤️AN ALL AROUND GREAT PERSON ❤️

May You Soul Rest In Angelic peace....forever & always! Lifted Highly Above as you transition into SAINTHOOD. Watch over us always as we gather with dignity and pride and “Honor” your crossing over back to Our Creator!!!!

Posted Aug 01, 2019 at 11:51am
Please accept our most heartfelt sympathies for your loss... Our thoughts are with you and your family during this difficult time. 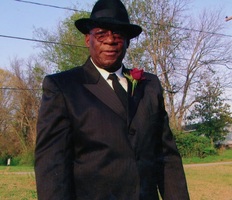