To share your memory on the wall of R.C. Hagood, sign in using one of the following options:

Provide comfort for the family of R.C. Hagood with a meaningful gesture of sympathy.

We encourage you to share your most beloved memories of R.C. here, so that the family and other loved ones can always see it. You can upload cherished photographs, or share your favorite stories, and can even comment on those shared by others.

Posted Nov 02, 2019 at 06:47am
Jr was such a special person so to share a memory of him I would be hard pressed to pick one, there are SO MANY. I'm gonna miss him. I'll miss his hardy laugh and the way he tell his stories. He is my cousin, we grew up together so how can you not know everything there is to know about each other. A self made Man. A good Father. A loving Husband. A dependable Friend. That "Shade tree Mechanic". Good neighbor to all and a Believer in the word of God. Yes Jr you will be missed my friend!!! So many memories,,,,,how I share just one. Much love for you . Much Love for you
Comment Share
Share via: 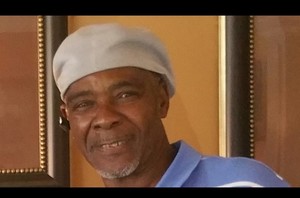