To share your memory on the wall of Mary Lee Butler, sign in using one of the following options:

Provide comfort for the family of Mary Lee Butler with a meaningful gesture of sympathy.

Print
Mrs. Mary Lee Parks Butler, 75, of Greenwood, South Carolina, departed this life on Tuesday, July 9, 2019, at her home. She was a daughter of the late James Luther, Sr., and Rachel Robinson Parks,, Sr.

She was employed at Greenwood Reh... Read More
Mrs. Mary Lee Parks Butler, 75, of Greenwood, South Carolina, departed this life on Tuesday, July 9, 2019, at her home. She was a daughter of the late James Luther, Sr., and Rachel Robinson Parks,, Sr.

She was employed at Greenwood Rehabilitation Hospital.

She was preceded in death by a granddaughter, Eureka Butler; a sister, Rose Wideman; two brothers, James Parks and Lionel Parks; and a godson, Danny Holmes.

Receive notifications about information and event scheduling for Mary Lee

We encourage you to share your most beloved memories of Mary Lee here, so that the family and other loved ones can always see it. You can upload cherished photographs, or share your favorite stories, and can even comment on those shared by others.

Posted Jul 15, 2019 at 05:37am
Grandma u will be missed by all of us I can remember when I told u I was going to be a mother u told me don't be scared baby you going to get through this and be the best mother to that baby I promise you before you close your eyes that I will take care of Roh'yal I just need you to watch her when I'm not around I love you grandma Mary until we meet again
Comment Share
Share via:
RM

Posted Jul 10, 2019 at 07:55pm
While I was in elementary school grandma Mary used to watch me once school let out. At least once a week Grandma Mary used to cook my favorite food that she cooked for me turkey necks. She also used to cook some very delicious collard greens for family gatherings. You are truly missed grandma, I love you.
Comment Share
Share via:

Hospice & Palliative Care of the Piedmont

Posted Jul 09, 2019 at 10:43am
Hospice & Palliative Care of the Piedmont wishes to extend its condolence to the family of Mary Butler. Hospice considered it a privilege to care for Mrs. Butler during her illness.
Comment Share
Share via: 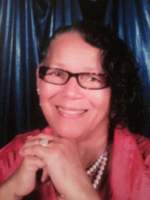