To share your memory on the wall of Marilyn Golden, sign in using one of the following options:

Provide comfort for the family of Marilyn Golden with a meaningful gesture of sympathy.

Print
Ms. Marilyn Juanita “MJG” Golden, 63, of Greenville, South Carolina, passed away on Saturday, April 25, 2020, at her home. She was a daughter of Mildred Meekins Golden and the late Willie Golden.

She was a graduate of Southside High ... Read More
Ms. Marilyn Juanita “MJG” Golden, 63, of Greenville, South Carolina, passed away on Saturday, April 25, 2020, at her home. She was a daughter of Mildred Meekins Golden and the late Willie Golden.

She was a graduate of Southside High School and was employed at Poinsett Rehabilitation Center. She attended Lincoln Street Baptist Church.

She was preceded in death by her husband, George A. Johnson; two sisters, Ethel Hawthorne and Sylvia Golden; a godmother, Christine Lindsey; two godbrothers, James (Buck) Lindsey and Willie Pruitt.

Receive notifications about information and event scheduling for Marilyn

We encourage you to share your most beloved memories of Marilyn here, so that the family and other loved ones can always see it. You can upload cherished photographs, or share your favorite stories, and can even comment on those shared by others.

Cynthia Wright, Burger King 170, and others have sent flowers to the family of Marilyn Juanita "MJG" Golden.
Show you care by sending flowers

Posted May 08, 2020 at 02:15pm
Travis, we at The City of Greenville Public Works send our deepest condolences to you and your family. You are in our prayers. Mike, Dave, Mil & Staff

Posted May 06, 2020 at 12:10pm
Please accept our most heartfelt sympathies for your loss... Our thoughts are with you and your family during this difficult time.

Posted May 03, 2020 at 04:43pm
To a special friend and one loved by all. We will miss you sweet, beautiful lady. Lane Patterson, Linda Sears and Barbara Rogers. Rest in peace. 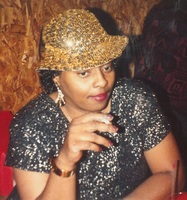