To share your memory on the wall of Leonard Dallas, sign in using one of the following options:

Provide comfort for the family of Leonard Dallas with a meaningful gesture of sympathy.

Leonard decided that he needed a change of scenery and relocated to Newport News, Virginia, where he connected with and became a member of Emmanuel Grace Baptist Church. He was very people- oriented and spent much of his life helping others. This was reflected in his work history; his last employment was with Thomas Nelson Community College.

He was active with the Ushers’ Ministry and other “helping” ministries at Emmanuel Grace Baptist Church. He loved his church and felt at home there.

Leonard was preceded in death by his father, George Dallas; an uncle, Harold McIntosh; an aunt, Buena Kirby; and nephew, Shatique Gettis.

Leonard spent memorable times at his Aunt Betty’s home where he came to love Sharon and Michael King as his brother and sister.

Leonard will be forever missed. He had a laugh that would instantly make you feel better no matter what you were going through. He had a personality that some would consider to be larger than life. No matter who he crossed paths with, he left a lasting impression. He never allowed negative things to get him down, not even cancer. Shockingly, he laughed about that as well. No matter the situation, he always looked at things through positive lenses. Leonard was a fighter who fought until his last breath. He has completed his assignment on this side and has gone on to receive his heavenly reward. He will be missed, but we know we will meet again.

Receive notifications about information and event scheduling for Leonard

We encourage you to share your most beloved memories of Leonard here, so that the family and other loved ones can always see it. You can upload cherished photographs, or share your favorite stories, and can even comment on those shared by others. 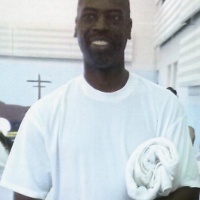