To share your memory on the wall of Larry Tribble, sign in using one of the following options:

Print
Mr. Larry B. “L.B.” Tribble, 84, of Greenville, South Carolina, passed on Monday, May 4, 2020, at Anmed Health, Anderson. He was a son of the late Eugene C. and Eunice Morange Tribble.

He earned an undergraduate degree in Aircraft M... Read More
Mr. Larry B. “L.B.” Tribble, 84, of Greenville, South Carolina, passed on Monday, May 4, 2020, at Anmed Health, Anderson. He was a son of the late Eugene C. and Eunice Morange Tribble.

He earned an undergraduate degree in Aircraft Maintenance. He was an Entrepreneur and very skilled Diesel and Hydraulics Mechanic. After his retirement, he maintained the beauty of Lake Rabon Park.

He was a member of Pilgrim Rest Baptist Church and a veteran of the United States Air Force.

He was preceded in death by a son, Bruce Tribble; a grandson, Joshua Tribble; and two brothers, Kelly Tribble and Jake Tribble.

Receive notifications about information and event scheduling for Larry

We encourage you to share your most beloved memories of Larry here, so that the family and other loved ones can always see it. You can upload cherished photographs, or share your favorite stories, and can even comment on those shared by others.

Christine Mann, Butterworth/Goodrich Family, and other have sent flowers to the family of Larry B "L.B." Tribble.
Show you care by sending flowers

Flowers were purchased for the family of Larry Tribble. Send Flowers

Posted May 11, 2020 at 01:32pm
Thinking of your sweet family today as you remember your dad. You are in our thoughts and prayers. Friends of Patrick (Ray and Christine Mann)

Posted May 11, 2020 at 09:48am
April & Family - We wish you peace to bring comfort, courage to face the days ahead, and loving memories forever.

Flowers were purchased for the family of Larry Tribble. Send Flowers

Posted May 10, 2020 at 09:15pm
Never enough time, each hour, minute, each second we cherish the time we all shared with Uncle LB. Love The Goodrich/Butterworth Family Love you all.

Posted May 09, 2020 at 01:38pm
From Kelly Anthony Tribble and family in loving memory of my Uncle L.B May he Rest In Peace for he will always be in our hearts. 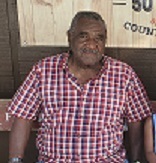