To share your memory on the wall of Julius Brown, sign in using one of the following options:

Print
Mr. Julius Clifton Brown, 93, of Pickens, passed on Sunday, August 30, 2020, at Cottingham Hospice House of Seneca. He was the son of the late Lilian Brown West.

Surviving: two daughters, Valerie (Billy) Jones and Diane Garrett, both of ... Read More
Mr. Julius Clifton Brown, 93, of Pickens, passed on Sunday, August 30, 2020, at Cottingham Hospice House of Seneca. He was the son of the late Lilian Brown West.

Receive notifications about information and event scheduling for Julius

We encourage you to share your most beloved memories of Julius here, so that the family and other loved ones can always see it. You can upload cherished photographs, or share your favorite stories, and can even comment on those shared by others.

Posted Sep 08, 2020 at 12:24pm
Our condolences and prayers are with the family as we share in your loss. A true cornerstone in Pickens County will be missed by so many. His wisdom and historical knowledge in the Oolenoy River Baptist Association, Sunday School Congress and Union, will certainly be missed. While my tenure as the Vice President and then later elected as the President of the Oolenoy River Baptist Sunday School Congress, I could always rely on Mr. Brown as a resource for procedures and protocol. Those memories that kept our organization progressing forward will never be forgotten.
Comment Share
Share via:
FL

Posted Sep 04, 2020 at 08:38am
Sorry to hear of Mr. Brown passing. Hope the memories and love the family shared, comfort you in the days ahead.

Posted Sep 03, 2020 at 03:14pm
WE ARE SO SORRY TO HEAR ABOUT MR. CLIFTON BROWN . MAY GOD BLESS YOUR FAMILY. FROM MRS. LOREE HIGHTOWER AND MR. HAROLD HIGHTOWER.
Comment Share
Share via: 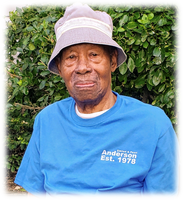