To share your memory on the wall of Johnnie Mae Gray, sign in using one of the following options:

As a young child her family moved to Statesville, North Carolina where they lived and worked on a large dairy farm. After living in Statesville for a number of years, the family moved to Greenville, South Carolina. Mrs. Gray was blessed with a long and wonderful life of 97 years.

She attended the public schools of Greenville County and was a graduate of Fuller Normal School in Greenville. The highest level at that time was the eleventh grade. Mrs. Gray was a former member of Bruton Temple Baptist Church where she served as church clerk and held various positions. She was also a former member of Evangelistic Temple, serving in many capacities including being one of the mothers of the church. She was currently a member of Cedar Grove Baptist Church until her health declined. She was a faithful member, active in the Senior Ministry and the Senior Women’s Sunday School Class.

Our mother was a devout Christian and a woman of faith. Visitors to her home often found her singing praises to God. She was employed as a domestic worker in the private sector for years and also worked for several businesses.

Receive notifications about information and event scheduling for Johnnie Mae

We encourage you to share your most beloved memories of Johnnie Mae here, so that the family and other loved ones can always see it. You can upload cherished photographs, or share your favorite stories, and can even comment on those shared by others.

Flowers were purchased for the family of Johnnie Mae Gray. Send Flowers 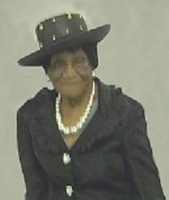 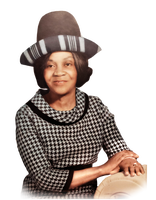