To share your memory on the wall of Johnie Cade, sign in using one of the following options:

Provide comfort for the family of Johnie Cade with a meaningful gesture of sympathy.

Print
Mr. Johnie “Johnny” Cade, 83, of Easley, South Carolina, passed away on Wednesday, August 7, 2019, at Prisma Health. He was the son of the late Hattie Bell Cade.

He was a long-time employee of Greenlawn Memorial Park and Easley Marb... Read More
Mr. Johnie “Johnny” Cade, 83, of Easley, South Carolina, passed away on Wednesday, August 7, 2019, at Prisma Health. He was the son of the late Hattie Bell Cade.

He was a long-time employee of Greenlawn Memorial Park and Easley Marble Company.

He studied for over a year and was baptized at the Kingdom Hall of Jehovah’s Witness.

He was preceded in death by his mother, Hattie Bell Cade; and a son, Eddie Cade.

Receive notifications about information and event scheduling for Johnie

We encourage you to share your most beloved memories of Johnie here, so that the family and other loved ones can always see it. You can upload cherished photographs, or share your favorite stories, and can even comment on those shared by others. 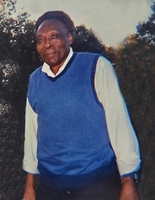