To share your memory on the wall of Janet Lynelle Garrett Owens, sign in using one of the following options:

Provide comfort for the family of Janet Lynelle Garrett Owens with a meaningful gesture of sympathy.

Print
A PRIVATE SERVICE WILL BE HELD IN FLORIDA

Mrs. Janet Lynelle Garrett Owens passed away on Wednesday, April 8, 2020, at her home in Jacksonville, Florida, after a long battle with breast cancer. She was born in Darlington, South Carolina,... Read More
A PRIVATE SERVICE WILL BE HELD IN FLORIDA

Mrs. Janet Lynelle Garrett Owens passed away on Wednesday, April 8, 2020, at her home in Jacksonville, Florida, after a long battle with breast cancer. She was born in Darlington, South Carolina, on January 4, 1953, to Fred D. Garrett, Sr., and Mamie Elizabeth Williams Garrett; later, the family relocated to Greenville, South Carolina.

Janet became a member of Springfield Baptist Church, where she played the piano for Sunday School and for Sunday morning worship. She attended St. Anthony of Padua Catholic School, after which she attended and graduated from Greenville Senior High School in 1970 as a member of its second integrated class. She matriculated at and was awarded a bachelor’s degree in Political Science from Russell Sage College in Troy, New York.


After graduating in 1974, Janet consecutively worked in city government in Greenville, South Carolina, and then in Adrian, Michigan. Her career path led her to Washington, D.C, where she worked for International City Management Association and the District of Columbia. While working in D.C., she met and married the love of her life, Gregory Owens. They moved to St. Augustine, Florida, in 1984, before settling in Jacksonville, Florida, later that year.

In Jacksonville, Janet reaffirmed her faith by joining St. Philip’s Episcopal Church. There, her dedication, faithful service and commitment were exemplified by her active participation as choir/musical director, organist, and a member of the building fund committee, the Union of Black Episcopalians, Daughters of the King, leader of the Junior Daughters of the King, Episcopal Church Women, and Cursillo.

Janet’s community and professional involvement spanned three decades locally in Jacksonville and included Volunteer Jacksonville, Girl Scouts of Gateway Council, Inc., United Way of Northeast Florida, and LISC Jacksonville. She was one of the founding members of the Urban Education Symposium and Profectus Charter schools; credentialed as a Certified Fund Raising Executive; was a certified Housing Development Finance Professional; a Paul Harris Fellow; served as a City Year Jacksonville board member; Jacksonville Regional Chamber of Commerce Board of Directors and Board of Governors, JP Morgan Chase Florida Community Advisory Board member; Florida First Coast Chapter - Association of Fundraising Professionals board member and chapter President; North Florida Chapter - Public Relations Society of America; City of Jacksonville Better Jacksonville Plan - Finance Administration Committee; Leadership Jacksonville (Class of 1992); a member of the Rotary Club of Jacksonville; Moles and Mules of Jacksonville; and the local chapter of Jack and Jill of America, Inc. In 2009, she received the Girl Scouts of Gateway Council Women of Distinction Award. She was recently recognized by Leadership Jacksonville as an outstanding community trustee at its 2018 Leadership Celebration and in 2019 she received a University of North Florida OneJax Humanitarian Award.

In lieu of flowers, memorial donations may be made to:

We encourage you to share your most beloved memories of Janet Lynelle Garrett here, so that the family and other loved ones can always see it. You can upload cherished photographs, or share your favorite stories, and can even comment on those shared by others.

Posted Apr 19, 2020 at 03:02am
To The Garrett Family, please accept our sincere condolences in the great loss of your beloved beautiful queen.
Comment Share
Share via:
LI

Posted Apr 15, 2020 at 11:53pm
Our condolences are extended to Mrs. Mamie Garrett, Doug, Leah and the entire Garrett family in your loss. Our prayers are with you. The Luther Johnson Funeral Home.
Comment Share
Share via:
VD

Posted Apr 15, 2020 at 03:17pm
Doug and family are sadden to hear of the passing of your sister.Our prayers and thoughts are with you all.We pray that you hearts are lifted up with her spirit.You have always been there for us and we are here for you.We love you!! Virginia Ellis Davis and son CB and the Ellis family in Matthews,NC ,Greenville,SC and Charlotte,NC. God bless you all!
Comment Share
Share via:

Posted Apr 12, 2020 at 04:25pm
To the Family of Mrs Janet Garrett Owens,
On behalf of my family and me, we extend our condolences to each of you in the loss of such a beautiful spirit. I was blessed to speak to her during the passing of her father. Though she was combating illness and “back home” to see her father funeralized she was effervescent and strong in spirit.
We pray God’s peace, strength, and love; through Jesus, be with and keep each of you!
Dr Dennis Martin, Greenville SC 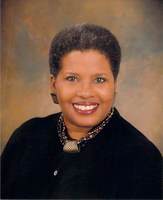