To share your memory on the wall of Homer Austin Jr., sign in using one of the following options:

Provide comfort for the family by sending flowers or planting a tree in memory of Homer Austin Jr.

He was retired from Piedmont Natural Gas. He attended Easley Un... Read More
Mr. Homer Austin, Jr., 92, of Easley, South Carolina, passed on Tuesday, February 18, 2020, at his residence. He was the son of the late Homer, Sr., and Josie Neal Austin.

He was retired from Piedmont Natural Gas. He attended Easley Union Baptist Church where he served on the Usher Board.

We encourage you to share your most beloved memories of Homer here, so that the family and other loved ones can always see it. You can upload cherished photographs, or share your favorite stories, and can even comment on those shared by others.

Posted Feb 21, 2020 at 01:54pm
Dear Austin Family,
My deepest condolences are extended to you at this time. Please allow God to provide peace, comfort and understanding as this dark hour passes. To be absent from the body is to be present with the Lord. Mr. Homer was a good man. His labor here is complete.
God has a perfect plan for us all. 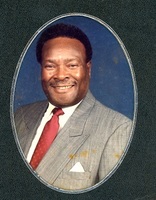