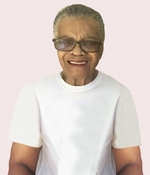 Mrs. Helena Jenkins, affection-ally known as “Helen”, the daughter of the late Calvin Randolph and the late Annie Mae Rodgers, was born on January 9, 1939, in Ware Shoals, South Carolina. Her Heavenly Father called her home to rest on May 10, 2019.

She retired from Specialty Shearing & Dyeing in 1994, and later retired from Walmart in 2015, after fifteen years of dedicated service.

Helena Jenkins was united in holy matrimony for sixty years to the late Sherell Jenkins and their union was blessed by three children.

All rights reserved. This obituary is also archived at obittree.com