To share your memory on the wall of Harold Blassingame, sign in using one of the following options:

Print
Mr. Harold “Biscuit” Blassingame, 76, of Greenville, passed on Sunday, May 31, 2020, at St. Francis Hospital Downtown. He was a son of the late Grady and Edna Taylor Blassingame.

He is preceded in death by his wife of 53 years Mrs.... Read More
Mr. Harold “Biscuit” Blassingame, 76, of Greenville, passed on Sunday, May 31, 2020, at St. Francis Hospital Downtown. He was a son of the late Grady and Edna Taylor Blassingame.

He is preceded in death by his wife of 53 years Mrs. Mary Alice Brock Blassingame.

Receive notifications about information and event scheduling for Harold

We encourage you to share your most beloved memories of Harold here, so that the family and other loved ones can always see it. You can upload cherished photographs, or share your favorite stories, and can even comment on those shared by others.

Shannon, Dawn Morris & Marissa Yasgur, and other have sent flowers to the family of Harold Blassingame.
Show you care by sending flowers

Posted Jun 11, 2020 at 01:14pm
Please accept our most heartfelt sympathies for your loss...My thoughts are with you and your family during this time.

Posted Jun 05, 2020 at 04:11pm
May these flowers serve as an expression of my deepest condolences. Harold will be greatly missed, forever cherished and always remembered. RIP.

Posted Jun 05, 2020 at 10:44am
Dear Reggie, Sharon & loved ones, We send our condolences, comfort and love to each of you. May peace abound in your hearts.

Your TYM Family purchased flowers for the family of Harold Blassingame. Send Flowers

Posted Jun 04, 2020 at 10:36pm
Our heartfelt sympathy and prayers for the loss of your dear father. God Bless, DW & Felicia Miles 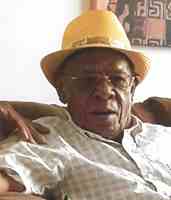