To share your memory on the wall of Estella Anderson Lewers, sign in using one of the following options:

She was preceded in death by a sister, Betty Walker.

Left to cherish many fond and loving memories are two daughters, Sharon (Otis) Watson of Brunswick, GA, and Cassandra Lewers of Irmo, SC; three sons, Clarence Lewers of Claremont, NC, Christopher Lewers and Stephan Lewers, both of Greenville, SC; nine grand-children; two great-grandchildren; and a host of other relatives and friends.
Read Less

We encourage you to share your most beloved memories of Estella Anderson here, so that the family and other loved ones can always see it. You can upload cherished photographs, or share your favorite stories, and can even comment on those shared by others.

Love, ShaQuana, Maurice, Zo & Pat, Carl & Elaine lewers, and others have sent flowers to the family of Estella Anderson Lewers.
Show you care by sending flowers

Posted Mar 15, 2020 at 10:38pm
Our sincerest condolences on the passing of your mother. May God continue to strengthen you & your family and your time of need. Sending Prayers.

Posted Mar 12, 2020 at 01:07pm
To Cassandra and family, our deepest sympathy. Our love and prayers are with you at this time.

Andrea and Bonnie purchased the Love's Journey and planted a memorial tree for the family of Estella Anderson Lewers. Send Flowers 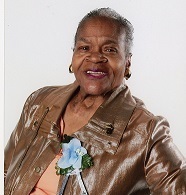