To share your memory on the wall of Erin Henry, sign in using one of the following options:

Provide comfort for the family of Erin Henry with a meaningful gesture of sympathy.

Print
Ms. Erin Shaquile Henry, 25, of Greenville, South Carolina, passed on Monday, October 7, 2019. She was the daughter of Racquel Drummond and the late Timothy Scott Fowler.

She was a 2012 graduate of Wade Hampton High School and an employe... Read More
Ms. Erin Shaquile Henry, 25, of Greenville, South Carolina, passed on Monday, October 7, 2019. She was the daughter of Racquel Drummond and the late Timothy Scott Fowler.

She was a 2012 graduate of Wade Hampton High School and an employee of Minghua USA in Greer, South Carolina. She was a member of Word of Faith Christian Fellowship.

She was preceded in death by her father, Timothy Scott Fowler; her grandfather, Richard Williams; her great-grandmother, Annie Ruth Giles; and her great-uncle, Charles “Bro Boy” Hall.

Receive notifications about information and event scheduling for Erin

We encourage you to share your most beloved memories of Erin here, so that the family and other loved ones can always see it. You can upload cherished photographs, or share your favorite stories, and can even comment on those shared by others.

Posted Oct 18, 2019 at 08:41am
I'm so sorry to hear about Erin, she was a very sweet young lady with the most bubbly personality. She always had me laughing at something. I had the privilege of getting to work with her at Minghua and considered her a remarkable young lady. May the Lord bring you peace during this difficult time. I will keep you all in my prayers. She will be missed. RIP Erin.
Comment Share
Share via:
GH

Posted Oct 10, 2019 at 05:44am
Smh lord I remember my little baby we were co workers together and those was some real good memories I’m going to miss you!! Family you have my deepest sympathy and also I will keep you in my prayers R.I.P. Erin
Comment Share
Share via:
TM

Posted Oct 09, 2019 at 08:29pm
This was my baby from when she was a baby!First time I laid eyes on her,I fell in love with this beautiful babydoll!I haven’t seen you in years baby girl,but I always thought about you😪I treated you like you were my own!!Going to miss you beautiful,till we meet again😪😪❤️You Erin😪😪
Comment Share
Share via: 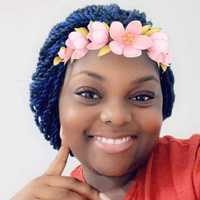