To share your memory on the wall of Dorothy Sherman Mims Gantt, sign in using one of the following options:

A receipt has been emailed to the address provided. A receipt may also be printed.

Sister Gantt was born again and filled with the Holy Spirit at age fifteen, and for forty-eight years, was the faithful and loving wife of the late Rev. Silas Mims. She labored alongside him in the Gospel ministry for forty years.

Sister Gantt was lifelong learner of the Word of God. She exemplified the scripture, “Study to show thyself approved unto God,” and completed a 10-year personal study of the Bible where she took notes on the entire Bible, every chapter and verse. She also completed many Home Bible Study Courses and further studied for the Word of God through the Local, State, and National Baptist Conventions. Dorothy felt that her gift and call from God was to teach, lecture, and counsel from the Word of God to benefit the Body of Christ and to promote the spiritual health and growth of the church. Well done thou good and faithful servant!
Read Less

We encourage you to share your most beloved memories of Dorothy Sherman Mims here, so that the family and other loved ones can always see it. You can upload cherished photographs, or share your favorite stories, and can even comment on those shared by others.

Posted Nov 27, 2019 at 03:08pm
To the Gantt and Sherman Families, our deepest sympathy and prayers are with you all. Know that God is a very present help and remember the motto "The Family That Pray Together Stay Together." Keep looking up.

Posted Nov 26, 2019 at 07:01am
To the Gantt and Sherman Family, please know we share your loss and will log remember "Dot" for her wonderful, ever present, smile and kin greetings. We all grew up together and have always been close at heart. Now please know God has it all in control and it is well with her soul.

Posted Nov 24, 2019 at 07:22pm
Our prayers and condolences go out to the Sherman, Mims, and Gantt families. Mrs. Dot was a true soldier in Gods army, always gave encouraging words to me and my husband. Thank you Lord for placing such a woman like this in our path. God bless you all and give you strength during this time and the days to come.

Posted Nov 23, 2019 at 05:57pm
Keeping the family in prayer. May GOD comfort you; strengthen you and surround you with people who love you. Lean on HIM and HE will give each one of you exactly what you need. 🙏🏽🙏🏽🙏🏽
Comment Share
Share via:
LF

Posted Nov 23, 2019 at 07:58am
Our family will continue to pray for the Sherman, Mims, and Gantt family for the loss of Sister Dot. Her life touched ours in so many ways and she will be missed. Rev. & Mrs. J. M. Flemming and Family
Comment Share
Share via: 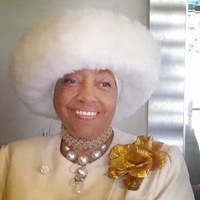