To share your memory on the wall of Dominique Harris, sign in using one of the following options:

Provide comfort for the family of Dominique Harris with a meaningful gesture of sympathy.

She was a graduate ... Read More
Mrs. Dominique Devaro Davenport Harris, 34, of Greenville, South Carolina, passed on Monday, August 5, 2019, at St. Francis Hospital Downtown. She was a daughter of Rhonda
Sullivan and Joseph E. Davenport, Jr.

She was a graduate of Greenville High School and Berea College. She was employed at Spectrum and attended Christ Worship Center.

She was preceded in death by her maternal grandparents, John Henry and Hazel B. Sullivan and a paternal grand-
father, Joseph E. Davenport, Sr.

Receive notifications about information and event scheduling for Dominique

We encourage you to share your most beloved memories of Dominique here, so that the family and other loved ones can always see it. You can upload cherished photographs, or share your favorite stories, and can even comment on those shared by others.

Terrica, T'liyah & Talise, Sandra Jones, and others have sent flowers to the family of Dominique Devaro Davenport Harris.
Show you care by sending flowers

Posted Aug 11, 2019 at 12:00pm
Rhonda and JoJo and family I am so sorry for the loss of your beautiful daughter Dominique God has your angel in his kingdom now and she will always be in your heart and soul.You have my deepest sympathy and condolences.I will keep you and your family in my prayers today as you lay dominique to rest God bless you all and know God id able to heal your broken Heart.
Sincerely Mr.& Mrs Timothy & Eula Faye Jones
Comment Share
Share via:
T

Posted Aug 09, 2019 at 07:13pm
We loved you here at work and loved you since I meet you back in school will miss the talks and your smile YOU WAS BEAUTIFUL On the inside and out babygirl .Love tt YOu was our joy never complained>>ANGEL
Comment Share
Share via:
TT

Posted Aug 09, 2019 at 10:21am
Our condolences from the Liberty crew. The Young, Lomax and Jones family with love. 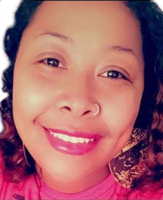