To share your memory on the wall of Constance Ortegea-Morena, sign in using one of the following options:

Provide comfort for the family of Constance Ortegea-Morena with a meaningful gesture of sympathy.

Print
Ms. Constance Moreno-Ortegea, 38, of Easley, South Carolina, passed on Wednesday, October 16, 2019, at her home. She was a daughter of Annie Radcliff Hendrix and the late Amos Hendrix.

She was a high school graduate and attended Lenhard... Read More
Ms. Constance Moreno-Ortegea, 38, of Easley, South Carolina, passed on Wednesday, October 16, 2019, at her home. She was a daughter of Annie Radcliff Hendrix and the late Amos Hendrix.

She was a high school graduate and attended Lenhardt Christian Fellowship.

She was preceded in death by one daughter, Nora Guzman; her grandparents, John and Mabel Hendrix and Angus and Pearl Radcliff.

Left to cherish many fond and loving memories, along with her mother, are three daughters, Siraya Moreno-Ortegea of Greenville, SC, Carmen Guzmen of Pickens, SC, and Zaria P. Crawford of Columbia, SC; one son, Gabriel Guzman of Pickens, SC; one sister, Amy L. Hendrix of Easley, SC; one brother, Darrell Johnson of Alabama; two aunts, Mary Roger and Rosenette Radcliff, both of Easley, SC; three uncles, Roosevelt Radcliff of Easley, SC, Levon Radcliff of Black Mountain, NC, and Angus Radcliff, Jr., of Michigan; and a host of other relatives and friends.
Read Less

We encourage you to share your most beloved memories of Constance here, so that the family and other loved ones can always see it. You can upload cherished photographs, or share your favorite stories, and can even comment on those shared by others.

Posted Nov 03, 2019 at 04:01pm
I have no words . i will never forget you my friend. You always made me laugh and smile. We have alot of. Fun memories .to your mom you were always so sweet and loving to your daughter and me. I pray for you and the children.yall are all in my prayers. 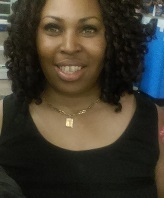