To share your memory on the wall of Christopher Taylor, sign in using one of the following options:

He was preceded in death by his grand-mother, Gladys Mitchell Taylor; a brother, Hobie Taylor, III; and a special friend of the family, Charles Rosemond .

Chris graduated from Greenville Senior High School, after which he attended Greenville Technical College. He was employed with Cincinnati Milacron in Fountain Inn, South Carolina. Later, Chris worked as a Machinist at Baldor Electric for over 20 years until he retired in 2017.

Receive notifications about information and event scheduling for Christopher

We encourage you to share your most beloved memories of Christopher here, so that the family and other loved ones can always see it. You can upload cherished photographs, or share your favorite stories, and can even comment on those shared by others.

Posted May 16, 2019 at 07:38am
I am sorry for the loss of your loved one, Mr. Christopher Taylor. Expressing my sincere condolences to the family. May the God of all comfort sustain the family during time of grief. 2 Corinthians 1:3,4.
Comment Share
Share via:
LF

Posted May 15, 2019 at 09:22am
Wishing you peace to bring comfort, courage to face the days ahead and loving memories to forever hold in your hearts. 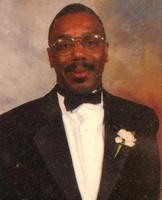