To share your memory on the wall of Charles Deshaundre Austin, sign in using one of the following options:

Print
Mr. Charles Deshaundre “Dre” Austin, 29, of Greenville, South Carolina, passed away on Saturday, February 15, 2020, at his residence. He was a son of Gerald Lavoy Pickens and the late Lisa Renee Austin Williams.

He was employed at B... Read More
Mr. Charles Deshaundre “Dre” Austin, 29, of Greenville, South Carolina, passed away on Saturday, February 15, 2020, at his residence. He was a son of Gerald Lavoy Pickens and the late Lisa Renee Austin Williams.

He was employed at BMW and attended New Zion FBH Church.

He was preceded in death by his paternal grandmother, Minister Callie Pickens; and his maternal grandfather, Johnny Austin.

We encourage you to share your most beloved memories of Charles Deshaundre here, so that the family and other loved ones can always see it. You can upload cherished photographs, or share your favorite stories, and can even comment on those shared by others.

Posted Feb 19, 2020 at 11:53pm
Our prayers are with the family in the passing of their loved one
Valeria Jackson Mt Olive FBH
Williamston SC
Comment Share
Share via: 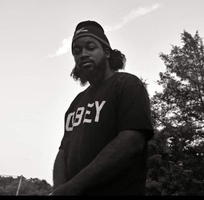