To share your memory on the wall of Nivia Johnson, sign in using one of the following options:

Print
Nivia NaTaura Johnson was born September 14, 1980, to Priscilla (Bobby) Johnson and Willie L. Johnson, however, she was reared in the home with Ephraum Franklin.

She graduated from J. L. Mann High School and received a Bachelor’s in Bu... Read More
Nivia NaTaura Johnson was born September 14, 1980, to Priscilla (Bobby) Johnson and Willie L. Johnson, however, she was reared in the home with Ephraum Franklin.

She graduated from J. L. Mann High School and received a Bachelor’s in Business Management from USC Upstate. Directly following high school, Nivia became employed by the United States Secret Service. She remained there for 18 years until she joined the Federal Bureau of Alcohol, Tobacco, Firearms, and Explosives (ATF), where she served as an Industry Operations Investigator (IOI).

Nivia was preceded in death by her uncle Willie Calvin Williams.

Receive notifications about information and event scheduling for Nivia

We encourage you to share your most beloved memories of Nivia here, so that the family and other loved ones can always see it. You can upload cherished photographs, or share your favorite stories, and can even comment on those shared by others.

Everette Turner and Family, James Williams, Alicia Vereen and Edward Gary, and others have sent flowers to the family of Nivia Nataura "Nivi" Johnson.
Show you care by sending flowers

Posted Jun 20, 2019 at 06:14pm
We're so sorry to hear you lost a dear loved one. It is very comforting to read the Bible in these difficult moments. I personally like Psalms 9:9 which reads:
“Jehovah will become a secure refuge for the oppressed, A secure refuge in times of distress.” Our loving God cares about us and is ready to bring us comfort if we allow him (1John 5:14). Jehovah our God also has made the provision of a resurrection RIGHT HERE ON EARTH when it is restored into a beautiful paradise (Acts 24:15; Isaiah 55:11). Close your eyes and imagine yourself welcoming back to life your dear loved one? Find out more about this resurrection online at jw.org

Posted Jun 17, 2019 at 12:56am
Such a sweet spirit and a lovable soul!!! Extremely saddened by this and I am speechless to say the least. You were such a wonderful, delightful young lady whom everyone adored. You were my “virgo” sister; smart, funny and full of life. We laughed on many occasions about our quirky ways and when we laughed it was like someone had tickled our soul. I will miss you dearly cousin, fly high and job well done.
Comment Share
Share via:
TW

Posted Jun 15, 2019 at 01:26am
Nivia you were such a beautiful person inside and out. Rest on Nivia!! Until We Meet Again. Praying for the family during this time of need.
Comment Share
Share via:
EF 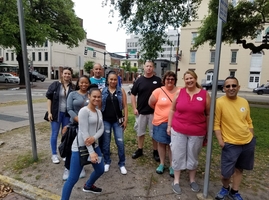 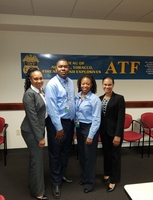