To share your memory on the wall of Bobby Jones, sign in using one of the following options:

Provide comfort for the family of Bobby Jones with a meaningful gesture of sympathy.

Print
Mr. Bobby Earl Jones departed this life on Saturday, December 21, 2019, at his residence. He was born in Greenville, South Carolina, on July 18, 1959, a son of the late William Robert Jones, Sr., and Margaret Byrd Jones.

Bobby attended ... Read More
Mr. Bobby Earl Jones departed this life on Saturday, December 21, 2019, at his residence. He was born in Greenville, South Carolina, on July 18, 1959, a son of the late William Robert Jones, Sr., and Margaret Byrd Jones.

Bobby attended the public schools of Greenville County and was a graduate of J.L. Mann High School, class of 1977. During his time at J.L. Mann High School, he played basketball. He also attended Rutledge College. In his adult life he became an avid golfer and was a member of the Upstate Birdies Golf Club. He was employed by Drive Automotive. He attended Rocky Mount Missionary Baptist Church in Greenville, South Carolina.

We encourage you to share your most beloved memories of Bobby here, so that the family and other loved ones can always see it. You can upload cherished photographs, or share your favorite stories, and can even comment on those shared by others.

Posted Dec 28, 2019 at 01:18pm
I'm so sorry to hear about Bobby. You have my condolences and will keep you and your family in my prayers.
Comment Share
Share via:

Posted Dec 27, 2019 at 03:03pm
Just returning home from vacation. I am so sorry to hear about the passing of Bobby. Crosby Circle has lost another soldier. Rest Well Bobby. My condolences to the family.
Comment Share
Share via:
KC

Posted Dec 27, 2019 at 01:15pm
We are setting this last tee time to say our final goodbye. It was always great fun and laughs golfing with you. You will truly be missed Bobby Jones.

Posted Dec 26, 2019 at 01:28pm
Bobby and the entire Jones have my deepest sympathy. I have known the family since I was 13 yrs old and they treated me like one of the family. May God give you strength and find memories Bobby!!! Love y'all forever!!!
Comment Share
Share via: 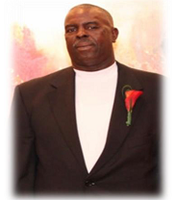