To share your memory on the wall of Betty Hardeman, sign in using one of the following options:

A receipt has been emailed to the address provided. A receipt may also be printed.

Print
Mrs. Betty J. Hardeman, 77, passed August 13, 2020 at NHC-Mauldin. She was a daughter of the late Albert and Mary Simon Watson.

Receive notifications about information and event scheduling for Betty

We encourage you to share your most beloved memories of Betty here, so that the family and other loved ones can always see it. You can upload cherished photographs, or share your favorite stories, and can even comment on those shared by others.

Posted Aug 28, 2020 at 09:33pm
I will miss you!!! I will always remember your cooking(especially your pineapple cake); your singing and dancing; and your story of how you hate cowboy movies. Truly you were one sophisticated lady.

Posted Aug 21, 2020 at 09:17am
You all are in my prayers. Betty was such a sweet, straight forward and funny lady. She will be missed. Love, Brandy from the Beauty Shop ❤️
Comment Share
Share via: 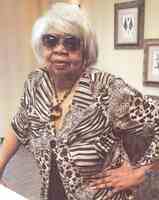