To share your memory on the wall of Annette Sherman, sign in using one of the following options:

Provide comfort for the family of Annette Sherman with a meaningful gesture of sympathy.

Annette was a 1969 graduate of Joseph E. Beck High School. After graduating, Annette continued a lifelong journey of self development through reading, writing and pushing herself to learn at a higher level by going to college in her later years. She was an entrepreneur having owned and operated two businesses, Net's Hair Care and AMS Enterprises. She also worked for and retired from the County of Greenville as an Administrative Assistant for the Clerk of Court.

Annette was a faithful and active member of New Hope Christian Fellowship where she served as the church administrator. She was also ordained as a minister to preach the Gospel of her Lord and Savior Jesus Christ.
Annette Sherman was loved by many and will be missed dearly by her family, friends and former co-workers.

Receive notifications about information and event scheduling for Annette

We encourage you to share your most beloved memories of Annette here, so that the family and other loved ones can always see it. You can upload cherished photographs, or share your favorite stories, and can even comment on those shared by others.

All of us sent flowers to the family of Annette M Sherman.
Show you care by sending flowers

All of us purchased flowers and planted a memorial tree for the family of Annette Sherman. Send Flowers 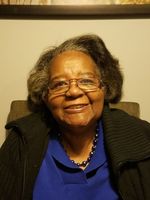